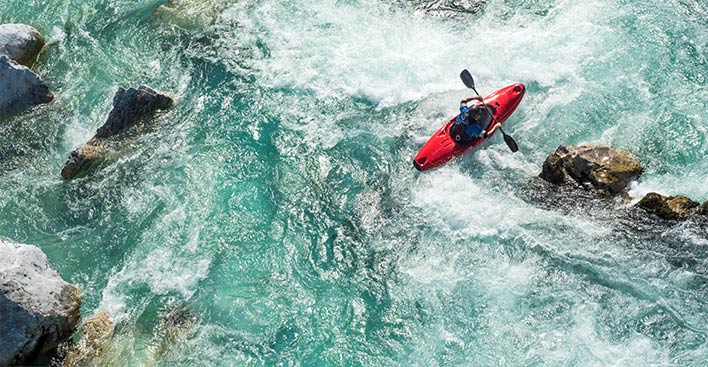 Volatility is always present in the financial markets, but as we’ve seen recently, the degree of volatility can vary significantly over time.

During periods of heightened volatility – when uncertainty and investor emotions run high – it’s important to revert to the basics and review the key elements that drive long term investment returns. One of those key elements is corporate earnings.

The 4th quarter of 2017 capped an impressive year for corporate earnings. Consensus earnings growth estimates for the S&P 500 had been about 12% for the 4th quarter, year-over-year. However, as actual earnings were reported, nearly 75% of companies posted earnings that exceeded expectations – a very high level.

The actual earnings growth rate for the final quarter of 2017 came in at about 15%, with revenue growth at about 8%. Reported earnings for all of 2017 were up a strong 12% on 7% revenue growth.

With global growth showing wide-spread improvement, it should not be surprising that earnings are trending higher, particularly for larger multi-national companies. Profit margins continue to hold at record levels as corporations maintain tight control on costs, and interest rates remain at historically low levels -- both of which are positive trends for equity investors.

With 2017 in the rear view mirror, investors are now focusing on expectations for 2018. These expectations are more uncertain due to the major impact of recently enacted tax legislation.

Prior to tax reform, earnings for the S&P 500® were expected to grow by 10% to 12%, as many of the fundamental strengths of 2017 continued to provide support into 2018. However, as corporations have begun to factor in the impact of the new tax law, expectations have been ratcheting up. Corporate earnings for 2018 are now estimated to grow about 19%, with revenue growth expected to remain robust at about 7% to 8%.

In addition to rising future earnings guidance from company managements, there is a growing amount of reinforcing evidence that corporate earnings will be meaningfully aided by changes in tax legislation. A number of companies have announced increases in dividends, share buybacks (record levels), employee bonuses, and new capital spending or investment initiatives. Corporations would not be taking these actions if improved earnings were not expected to materialize.

Although rising inflation and interest rates have helped spur a spike in volatility, investors should be encouraged by the positive and offsetting support that rising corporate earnings should provide for potential market returns.

Here are some of the other leading issues facing the economy and the markets in the near term:

Fed balance sheet reduction. The Federal Reserve Board declined to raise the Federal Funds target rate at its February meeting, but the board has indicated that at least three – and possibly four – small rate hikes could be in store for 2018. The Fed is expected to raise rates by 0.25% in March.

In addition to a gradual rate increase, the Fed began a long-term effort to trim its $4.5 trillion balance sheet in October 2017 by ending its policy of purchasing Treasury issues and mortgage-backed securities. With liquidity marginally diminishing, interest rates could rise, affecting stock and bond prices. Consumer spending, business development and other areas of the economy could also be affected. However, as the Fed cautiously and systematically reduces its balance sheet and its impact on the capital markets, we believe the current economy is strong enough to endure these monetary tightening measures.

Low wages. Despite strong employment growth, wages remain low, with only 2.9% wage growth over the past 12 months, according to the U.S. Department of Labor. However, wage growth has picked up slightly, with average non-farm payroll wages climbing $0.20 the past two months to $26.74 an hour.

Stock valuations. As noted above, stock prices have continued to climb the past few years. As a result, the P/E of the S&P 500® reached a 14-year high of over 18 in January before edging back down in February.1

New tax law. The new tax law changes, including a significantly lower corporate tax rate, have already had a favorable impact on projected corporate earnings and capital investments, as we discussed above. That should also translate to favorable overall economic growth, with gross domestic product (GDP) growth expected to be bolstered by as much as 0.50% - 1.00% over the next few years. However, given the new tax law’s complexity, it will take some time for its effects to be fully realized. (See: How Will the New Tax Law Affect You?)

Retail sales growth. Retail sales have been strong in recent months, although they slipped 0.3% in January.2 Compared with a year earlier, retail sales are up 3.6%.

Low unemployment. The unemployment rate has remained at a 17-year low of 4.1% the past few months.

Oil remains solid. Although oil prices sank with the equity markets in early February, they rebounded well throughout the remainder of the month. A strengthening oil market has led to a rebound in U.S. drilling and production operations. A strong oil industry could mean improving profits and an increase in well-paying jobs.

All information and representations herein are as of 03/01/2018, unless otherwise noted. 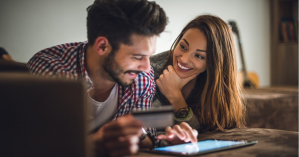 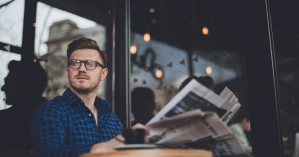 Market Update
The winds of change: Politics, the pandemic and the markets 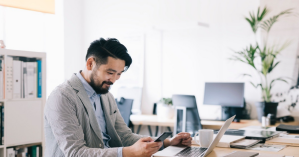