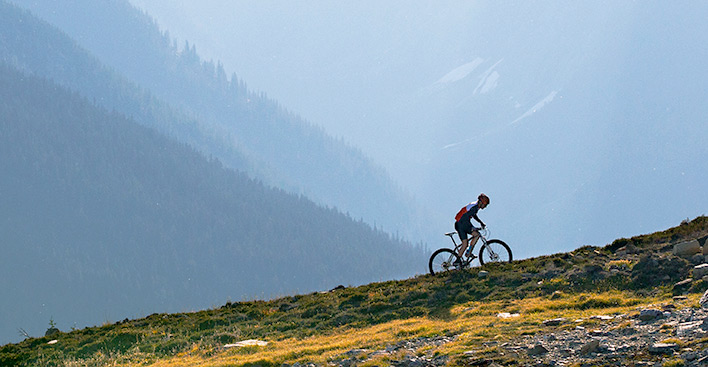 Interest rates have been trending up as the Federal Reserve Board (Fed) continues its gradual rate hike policy. On September 26, the Fed raised the rate 0.25% to a range of 2.0 - 2.25% – the third hike this year and the eighth since December 2015. The Fed indicated that there may be one more small rate hike in December followed by up to three more in 2019.

Mortgage rates have also been on the rise. In the last week of September, the 30-year fixed-rate mortgage rate rose to 4.72% – the highest rate since April 2011, according to the Federal Home Loan Mortgage Corporation (Freddie Mac). In its September 27 release, Freddie Mac attributed the new high to “a robust economy, rising Treasury yields and the anticipation of more short-term rate hikes.”

So far, however, the rising mortgage rates have had little effect on the housing market. “With inventory constraints and home prices starting to ease, purchase applications have now trended higher on an annual basis for six straight weeks,” according to Freddie Mac. “Consumer confidence is at an 18-year high, and job gains are holding steady. These two factors should keep demand up in coming months, but at the same time, home shoppers will likely deal with even higher mortgage rates.”

Meanwhile, a strong earnings season has helped buoy equities, as the S&P 500 inched up 0.43% for the month and 7.20% for the 3rd quarter. (See: Can Strong Earnings Growth Trend Continue?) 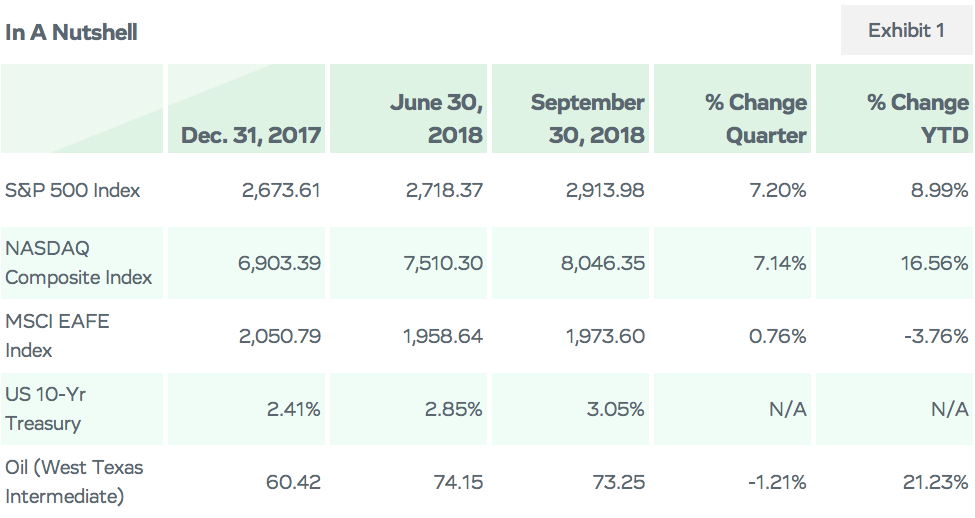 What’s ahead for the economy and the markets?  See: Can Strong Earnings Growth Trend Continue? by Darren Bagwell, CFA, Chief Equity Strategist.

The NASDAQ Index was up 7.14% in the 3rd quarter, and it was up 16.56% through the first three quarters of 2018. (The NASDAQ – National Association of Securities Dealers Automated Quotations – is an electronic stock exchange with more than 3,300 company listings.)

Retail sales increased by 0.1% in August from the previous month, but sales are up 6.6% from a year ago, according to the advance monthly retail sales report issued September 15 by the U.S. Department of Commerce.

U.S. employers added 201,000 in August, and the unemployment rate was unchanged at 3.9%, according to the U.S. Bureau of Labor Statistics Employment Situation Report issued September 7. The economy has added jobs for 95 consecutive months.

Economic activity in the manufacturing sector continued to expand in September, as the overall economy grew for the 113th consecutive month, according to the Institute for Supply Management (ISM) Report on Business issued October 1.

Fifteen of the 18 industries surveyed by the ISM reported growth in new orders in September, led by textile mills; miscellaneous manufacturing; plastics and rubber products; and computer and electronic products.

The S&P 500 Telecommunications sector has been renamed the “Communications Services” sector and broadened to include several prominent media and content companies, effective after the market close on September 28. The realignment in the Global Industry Classification Standard (GICS) {a standardized classification system for equities developed by Morgan Stanley Capital International (MSCI) and Standard & Poor's}, is intended to better reflect the current communications and information delivery landscape.

The newly renamed sector includes all of the previous Telecommunications sector companies, such as AT&T and Verizon, and draws heavily from both the Information Technology and the Consumer Discretionary sectors. Among the leading Information Technology companies moving to Communications Services are Facebook, Alphabet (parent of Google) and Twitter.

The chart below shows the results of the 11 sectors for the past month, 3rd quarter, and year-to-date, based on the make-up of the sectors through the September 28 close (prior to the sector realignment): 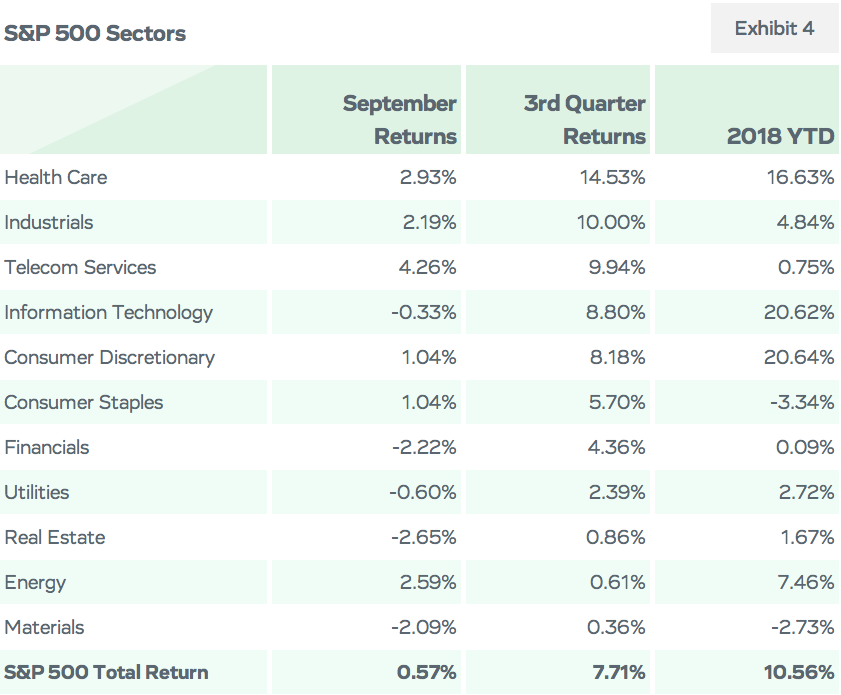 Corporate earnings growth has been stellar this year, thanks, in part, to a significant corporate tax reduction. (See: Can Strong Earnings Growth Trend Continue?)

Forward 12 months earnings per aggregate share have climbed 18.0% for the S&P 500 through the first three quarters of 2018.

Dollar Strengthens versus the Euro and Yen

The U.S. dollar has strengthened versus both the Euro and the Yen through the first three quarters of 2018.

The MSCI EAFE Index made a slight recovery in September, reversing a negative trend throughout much of 2018.  The index, which tracks the performance of developed-economy stocks in Europe, Australasia and the Far East, was up 0.59% in September, but remains down 3.76% through the first three quarters of 2018.

What’s ahead for the economy and the markets? See: 4th Quarter Market Outlook: Can Strong Earnings Growth Trend Continue?

All information and representations herein are as of 10/01/2018, unless otherwise noted. 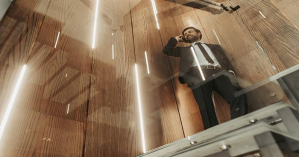 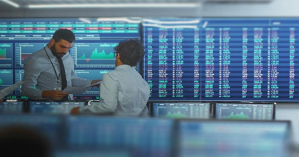