If you’ve considered opening a Roth IRA but haven’t yet made the move, there’s one very compelling reason to get started now – and it goes beyond the customary tax and investment benefits that a Roth IRA may offer.

Sometimes referred to as the Roth “five-year rule,” it limits your flexibility in using earnings from your Roth IRA until the account has been funded for at least five years.i

That’s why it’s important to open a Roth IRA sooner rather than later – even if you start with a minimal contribution – just to get the clock running. (See: Start Building Your Nest Egg for Just $50 a Month).

While your contributions – the money you deposit into your Roth IRA – can be withdrawn at any time for any reason without taxes or penalties, the five-year rule applies to any money you may have earned on your investments within the Roth IRA. However, it’s up to you to monitor your account to determine whether you are tapping into your contributions or actually withdrawing earnings from your Roth IRA.

So, if you’d like the option of using your Roth IRA earnings without incurring taxes or penalties to cover important expenses such as retirement costs (after 59½), a first-time home purchaseii, or to provide tax-free income to your beneficiaries, the sooner you open a Roth IRA, the sooner you would be able to take advantage of those options.

Counting down the years

A tax-year-2020 account start would mean that the earnings from your Roth IRA could be used for qualified purposes beginning in 2025.

If, over time, you open multiple Roth IRAs in addition to your original account, the 5-year period start date for all of them would revert back to that of your first account. If you’ve had a Roth IRA since 2017, and then open another in 2022, you wouldn’t have to wait to start making qualified withdrawals of the earnings in your 2022 account. Your five-year waiting period would have already elapsed. (Roth IRA conversions made prior to age 59½ have a separate 5-year holding period related to the 10% penalty being applied.) For more on the five-year rule, see the IRS Publication 590-B.

There are two types of IRAs – traditional and Roth IRAs. More than a third of U.S. households have one or the other – and sometimes both – although relatively few account holders make regular contributions. Only about 12% of American households contribute to an IRA each year, even though most wage-earners would qualify to make annual contributions.iii (See: Traditional IRA vs. Roth IRA: Which is Right for You?)

Regardless of which type of IRA you choose, you would typically have the flexibility of allocating your contributions to a variety of investments, including a wide range of mutual funds and other securities that may offer the potential for long-term appreciation. However, keep in mind, not all investments increase in value, and may in fact lose money. While past performance is no guarantee of future returns, historically stock and bond markets have been volatile in the short term, but their performance has tended to even out over the long term as the economy moved through its various cycles.

For more on that, see IRA contribution rules and limits.

Which type of IRA is right for you? There are several distinctions between the two, as well as some similarities. Both are designed to encourage Americans to save and invest for retirement, and both provide tax-deferred growth on investment gains within the account.

Before you make your choice, you may want to compare the primary benefits and drawbacks of each:

If you’re leaning toward opening a Roth IRA – and you hope to tap into the earnings from your investments at some point in the next several years – the best time to take the leap and start the clock may be right now. (See: Benefits of Roth IRAs Go Well Beyond Retirement)

The concepts presented are for informational purposes only and is not intended to provide accounting, legal or tax advice or the recommendation of any particular strategy or product.  Please consult your tax or legal advisor regarding such matters. Thrivent employees and their representatives cannot provide legal or tax advice.

i IRS Publication 590-B Distributions from IRAs.

iii Investing Company Institute, "The Role of IRAs in US Households' Saving for Retirement, 2017."

iv Your beneficiaries would be subject to required minimum distributions. 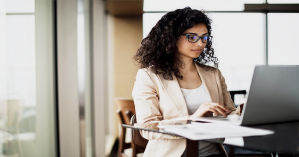 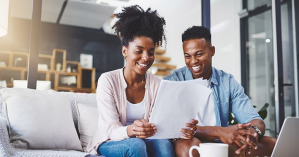 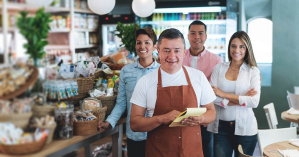