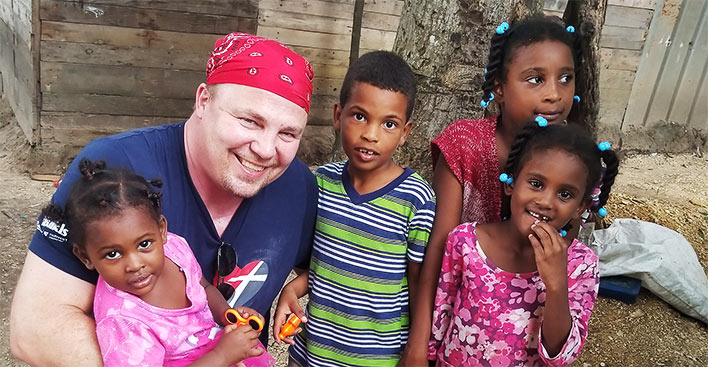 Mike Martin visits with some local children at a recent Thrivent Builds project in the Dominican Republic.

For Mike Martin, the special part of volunteering for Habitat for Humanity kicks in about midway through each week-long home building trip.

“You always go there gung-ho to do the work,” says Martin, a strategic initiative program manager working with Thrivent Mutual Funds. “You’ve got your tools, you’ve got your work clothes and you’re ready. But at some point, probably the middle of the week, the focus really shifts from doing the work to being part of the experience.”

The experience he’s referring to is a volunteer trip with Habitat, which generally involves building or rehabbing a space alongside someone in need of a place to call home, often in under-served or impacted areas in the U.S. or abroad.

Facilitating Martin’s involvement with Habitat is Thrivent’s support of the organization through a partnership called Thrivent Builds with Habitat for Humanity. Through the partnership, which started in 2005, Thrivent employees and members can volunteer for Habitat projects – from local work to trips abroad. Thrivent, a member-based financial services organization, subsidizes the trips to make them more affordable for the volunteers. Thrivent Mutual Funds is part of Thrivent.

Martin has been volunteering for Habitat since 1993. He has completed eight trips so far, starting with a 2008 trip to Biloxi, Mississippi, and most recently to the Dominican Republic in early 2018. He has also been to Macedonia, El Salvador and Romania, among other distant destinations.

“There are many special things about these trips,” Martin says. “You’re meeting with the people, helping the locals, and you really get to see the area and that country from the inside out. You’re not at the tourist resort.”

Living arrangements can vary from a nice hotel room to a cramped trailer with bunk beds. The work can be intense during the relatively brief time they spend on the job. In El Salvador, his team finished eight small homes in a single week. In Macedonia, he helped build an entire apartment complex.

Habitat’s philosophy, Martin explains, is that they’re there to help, but they don’t give the houses away for free. “The mission of Habitat for Humanity is to set people up, so that as they move into the house, they can make mortgage payments and eventually own the home,” he says. “Then Habitat takes the income from those mortgage payments and builds more homes.”

Many areas Martin has visited had experienced a recent natural disaster of some kind.  In Biloxi and the Dominican Republic, Martin helped residents rebuild from devastating hurricanes. For him, much of the reward was simply the sense that he was truly helping someone in need. 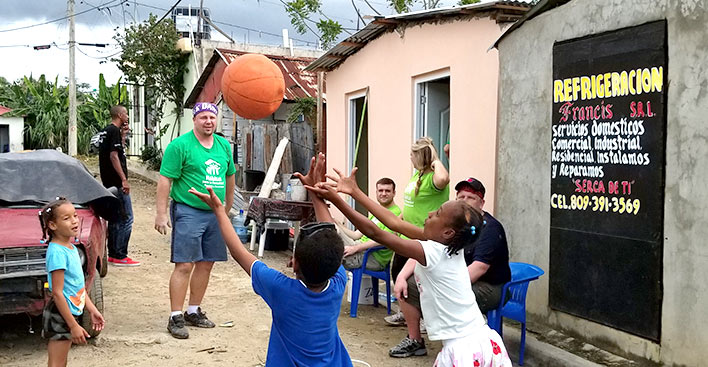 “I know their name, I’m sitting side by side with a person I’m helping,” he says. “And you’re seeing the excitement in their eyes, how you’re changing their life. It may feel at times like it’s one person at a time, but it may take one person at a time to change some people’s worlds.”

“It really spiritually changes who you are,” he says. “It’s hard to explain it to someone until you’ve been on it.”

In 2016, his wife Nicole joined him on a trip to Budapest, Hungary, where they gutted an abandoned apartment and re-plastered and painted it to set it up for a single mother and her son. “Now Nicole understands why I go, why I’m so passionate about this activity,” he says. “And now she wants to come along on the next trip.”

During his most recent trek to the Dominican Republic, Martin recalls that there was a tree swing next to the place they were building, and a lot of young kids in the neighborhood. “To start out the week, the kids were very shy but curious,” he says. “But by the middle of the week, I found myself pushing kids on the swing and laughing. I remember how open they became and how happy they were that we were there and helping them build their future, how proud they were of their new home.”

Another bonus: Thrivent employees who work together for Habitat often become lifelong friends. “You spend a week with someone in this capacity and you really get to know them,” Martin says. “Every time I go to another department or another location, there are a lot of high fives and hugs and ‘How’ve you been’ and ‘How’s the family?’ You’re friends for life.”

To encourage Thrivent employees to participate in Habitat trips, Thrivent offers five additional days of paid leave for full-time workers (and pro-rated time for part-timers) who wish to go. “Thrivent tends to have two to three trips a year specifically for the workforce,” Martin says.

“Basically, wherever Habitat operates, you have an opportunity to schedule and build a team to go there,” explains Martin. “People who work for Thrivent can experience the Thrivent way by living out our volunteer spirit and giving back to the local community in need.” 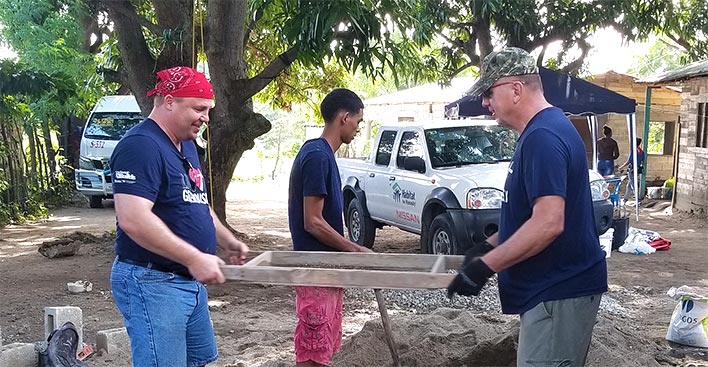 Habitat trips are usually a week long, and Martin suggests tacking on extra time to see nearby places. “When we went to Macedonia, we swung down to Athens,” he says. “It’s a good way to get volunteer experience, and then, as long as you’re out and about, turn it into a vacation.”

Although it can be difficult to get employees to make the first-time commitment, Martin says, once they’ve done it the first time they’re hooked. “You really get it and you love it and you’re passionate about it.”

How to Volunteer for Thrivent Builds

Over the past 13 years, more than 700,000 volunteers for the Thrivent Builds program have built, rehabbed or repaired more than 5,000 homes in the U.S. and around the world.

If you want to volunteer to work on an upcoming Thrivent Builds with Habitat for Humanity project, here is how to sign up:

To join a Thrivent Builds Worldwide trip, check here for current trip offerings.  There are currently 14 planned trips, with both domestic and international options. Thrivent members receive a discount on the trip, and anyone can fundraise for trip expenses through a personal website provided by Habitat.

If you are a Thrivent employee, look for trip announcements and applications in the early spring on the “weThrive” website to find out about trips scheduled for the fall.

To learn more on the program go to: Thrivent Builds. To learn which trips are scheduled or to sign up for a trip, go to: Join a Scheduled Worldwide Trip. 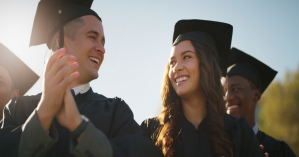 Starting Out
7 ways to start investing after college 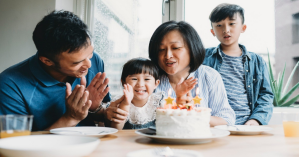 Starting Out
Investing habits you can share with your kids 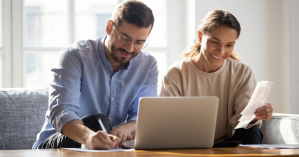 Starting Out
4 steps to building wealth on a tight budget